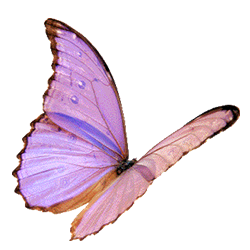 Virtually all other formulas contain medicinal herbs lacking true phytoestrogens, as defined by their ability to bind to estrogen receptors and trigger mammogenesis. These herbs act upon the endocrine system to produce only estrogen-like effects, namely fluid retention or swelling and enlargement of fat cells. True phytoestrogens such as those found only in NaturalWoman®, directly stimulate estrogen receptors in the breasts, resulting in actual breast tissue growth.

They also work to balance hormones. This is equally important because estrogen dominance can sabotage breast growth. Others respond to this issue by adding herbs selected solely on the basis of their historical use in treating conditions we now know are caused by estrogen dominance, including herbs for PMS, menopausal symptoms, infertility, sexual dysfunction. Unlike phytoestrogens in NaturalWoman®, which balance hormones by competing for receptor sites when estrogens are too high so that the excess can be eliminated, alternately standing in for estrogen when levels decline, these medicinal herbs contain compounds which modulate hormones via mechanisms of action that involve the female reproductive system and can, themselves, cause symptoms of hormonal imbalance. For example, chasteberry, an herb typically found in many of these formulas, stimulates the pituitary gland to produce more luteinizing hormone (LH) which, in turn, signals the ovaries to produce more progesterone, thereby shifting the estrogen to progesterone ratio in favor of progesterone. It is used in herbal medicine to address a mal-deficiency of progesterone, the underlying cause of severe PMS and infertility, but for purposes of breast enlargement, estrogen dominance can be better managed with bio-identical progesterone cream, which is also easier to regulate.

Black cohosh can alleviate hot flashes, yet studies prove it too has no affinity for estrogen receptors, suggesting to researchers that black cohosh addresses other forms of hormonal dysregulation besides estrogen deficiency as the genesis of menopausal symptoms. It has long been proven ineffective for breast enlargement, yet it is still found in so many of these formulas. With the possible exception of red clover, which contains formononetin which metabolizes into equol, a phytoestrogen which scores high in estrogenicity, most of the commonly used herbs do not deliver true phytoestrogens. Red clover, though, was discovered in 1965 to be the cause of fertility disturbances in sheep (along with enlargement of their mammary glands). Equol can also be metabolized from soy, but soy is one of the biggest goitrogens (substances that suppress the function of the thyroid gland by interfering with iodine).

Chief among herbs used based upon a misconception is yam. Yam contains diosgenin, the precursor for progesterone. Its use in an oral formula, if to balance estrogen, is dubious at best because our bodies can not convert it to progesterone. It can only be done in the lab. Even if, as it is believed, our bodies react to it as if it were progesterone, like progesterone, most of it is deactivated by the liver. However, yam is the primary source of diosgenin used in the manufacture of bio-identical progesterone replacement cream. Otherwise, yam makes no valuable contribution to breast enlargement. When applied topically, however, it does increase the size of fat cells, so in this way can add a little fullness to breasts, if only temporarily.

Estrogen is the hormone primarily responsible for enlarging the breasts. Estrogenicity is the measure of the ability of a phytoestrogen to bind to receptor sites and trigger mammogenesis. NaturalWoman® delivers phytoestrogens with the ability to safely add-to or replace our own endogenous estrogens. At the same time, they are adaptogenic, meaning they work to normalize the ratio of progesterone to estrogen, making the formula also effective for alleviating menopausal symptoms and PMS. Further, phytoestrogens are exclusively the end product of intestinal bacterial metabolism. NaturalWoman® was formulated accordingly, for maximum bioavailability of the actives.

Further, the wisdom with which we have selected our ingredients agrees with the traditional use of the whole herb. The phytoestrogens in NaturalWoman® are delivered 'in matrix.' Others favor the use of extracts, moreover of herbs which even if they were to use them in full-spectrum form, are considered medicinal to begin with, and like all medicines, they should be taken with caution. The practice of extraction was started by the pharmaceutical industry for profit (because they can't patent plants). Extraction is done at the expense of other potentially important phytochemicals and co-factors that may contribute to the activity of the whole herb in helping our bodies utilize them safely and derive the most benefit from them. Ironically, true potency results from the interaction of all constituents and co-factors within and among related herbs (in this case, breast enlarging herbs), not from isolating just the components thought to be responsible for the actions of the herb, which then no longer belong to the plant kingdom but to the molecular world. Sometimes they can even be wrongly identified, plus the chemical extraction process most certainly leaves a chemical residue.

Keep in mind that while food can be our medicine, medicines are more dangerous than food. Phytoestrogens have really shown to reduce the risk of cancer. Our diets are no longer rich in these substances, whereas they should be eaten in quantity daily. However, in extract form they are quite capable of promoting cancer. This raises serious safety concerns, especially considering their products need to be taken indefinitely in order to maintain results, not to mention the fact that extracts contain toxic residue from the chemical extraction process.

That said, NaturalWoman® predominantly consists of crop plants and other whole herbs found at the top of the list of food and food-like herbs ranking highest in phyto- estrogens, as well as time-honored mastogenic herbs chosen for the synergy of their diverse estrogenic contributions specific to breast growth, all fortified with three newly identified phytoestrogens (holistically balanced), each having an activity greater than any of the other established plant estrogens.

(Please find our list of ingredients within.) NaturalWoman® renders unwholesome and obsolete what all the others have been selling. The distinction we make between natural and holistic is an important one and is making all the difference.

"People will stare. Make it worth their while."